This Land Is Mine - A Look Into Historical SIngapore

Ever wondered what Singapore’s past used to look like? While we were taught about our history through the history books, we never knew what it was truly like for our ancestors back then. Mediacorp’s latest drama This Land Is Mine, showcases key historical events that date back all the way to 1945. From the Maria Hertogh riots, to the Sook Ching Massacre, this is an action-packed drama that will certainly grasp viewers’ attention. 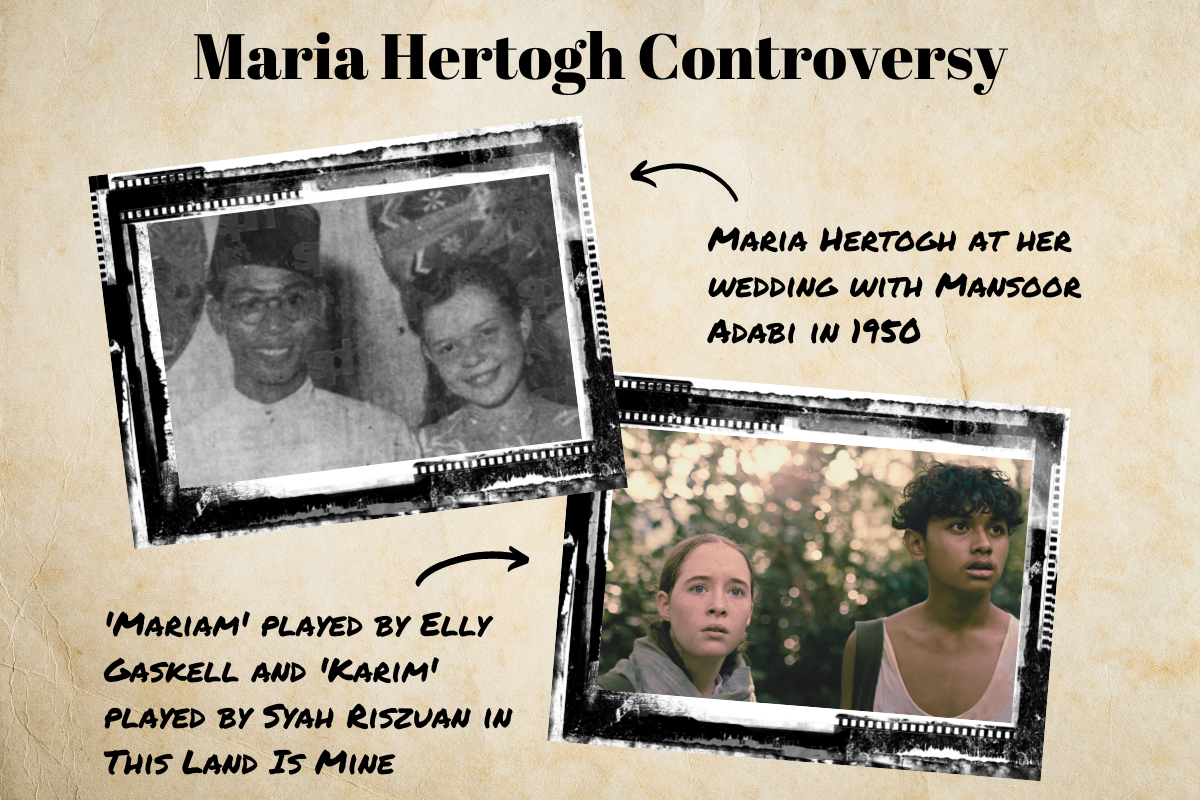 The Maria Hertogh controversy was a prominent issue in post-World War II Singapore and was an event that led to tension and acts of violence between the Malay-Muslim and British communities in Singapore in the 1950s.

In the series, Maria Hertogh, played by Elly Gaskell, is as an orphan who has become a part of a Malay-Muslim family living in a small village. Despite her English and Catholic roots, Maria has grown accustomed to the Muslim faith and has even learned how to speak Malay - even having her name changed to Mariam.

However, the ghosts of her past came to haunt her after her aunt, Emma Rider, portrayed by Shona Benson, goes in search of her to bring her back to England. With the British Military Administration’s (BMA) help, they attempt to forcefully bring Maria back with Emma, leading up to a violent clash between the British soldiers and the Malay-Muslim residents of the village. As tensions reach a high, the story escalates further when a heated custody battle for Maria ensues between her biological and foster family, with neither side willing to compromise. 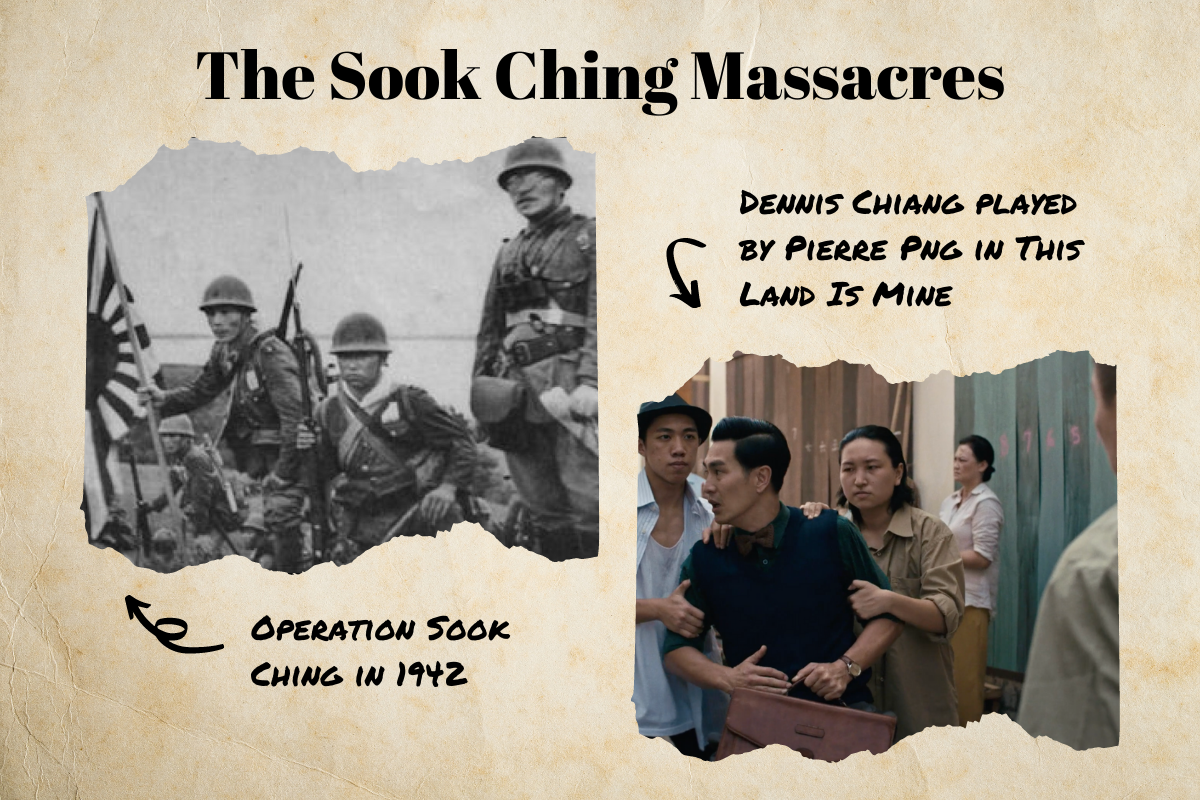 The Sook Ching Massacres took place during the Japanese occupation of Singapore in 1942 and were carried out mainly by the Japanese military secret police force, otherwise known as the Kempeitai. The massacres only targeted the Chinese population, and they were carried out to strike fear in the hearts of those who wish to retaliate against their reign. As a result, thousands of Chinese men were killed for being suspected of being part of the Malayan People’s Anti-Japanese Army (MPAJA) or for posing as a threat to the Japanese. While the numbers are not clear, it has been said that the death toll may even be as high as 50,000.

As the series takes place in the post-war era, viewers do not get to see the Sook Ching Massacres being carried out. However, its effect on the Singaporean population can still be clearly seen. In one of the series’ biggest plot points, the protagonist, Dennis Chiang, portrayed by Pierre Png, received severe backlash from the Singaporeans after the news got out that he was tasked to defend a Japanese war criminal, Warrant Officer Nakamura in court. The continued hostility towards the Japanese was made clear when Dennis received multiple threats everywhere he went, even receiving death threats from the MPAJA to ensure that Nakamura loses the case and pays for his crimes during the war. 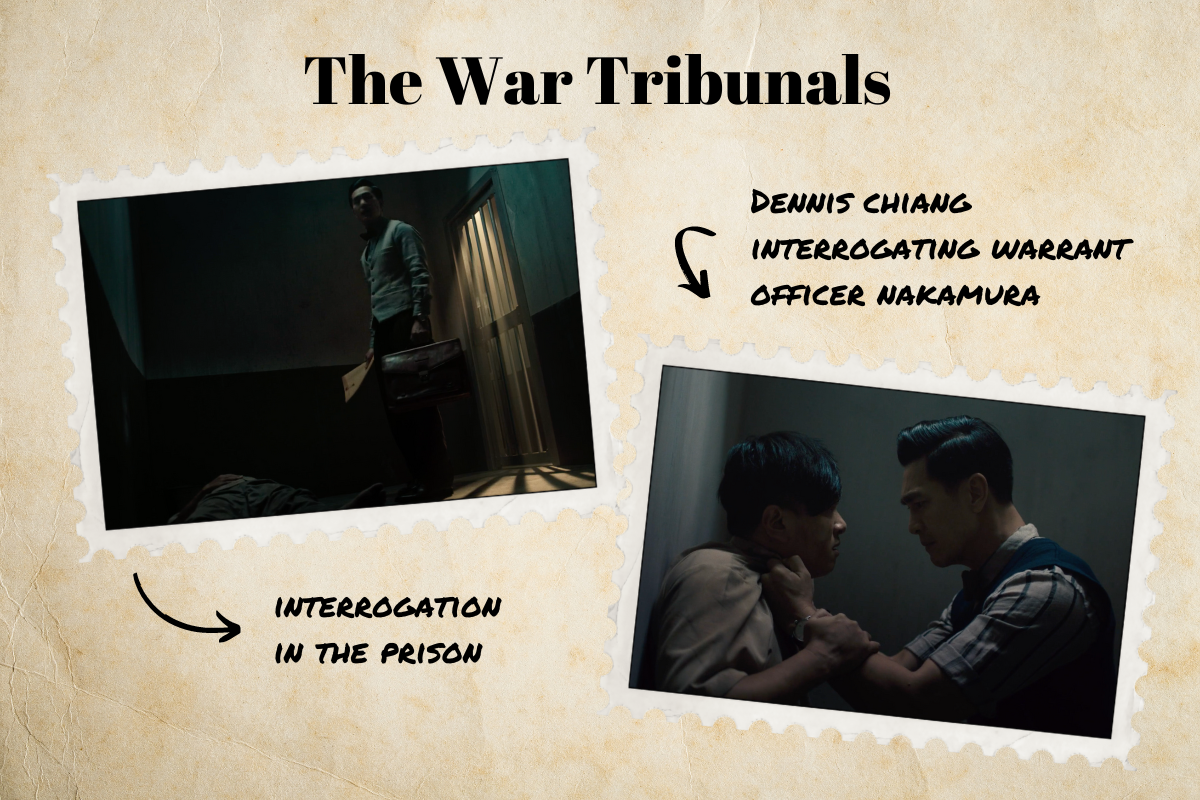 After World War II, the British organised 330 war trials, 131 of which were held in Singapore to address the atrocities that occurred during the war in order to help bring justice and accountability. In this series, the main trial that was focused on was the case of Warrant Officer Nakamura. Nakamura was a Taiwanese-Japanese soldier of the Imperial Japanese Army who fought for Japan in World War II. Dennis Chiang, portrayed by Pierre Png, was a lawyer who had just returned to Singapore after completing his law degree in London. He was later assigned a case by his superior Simon Da Silva, portrayed by Emil Marwa, which was to defend Warrant Officer Nakamura in court. This sparked an uproar among the Singaporeans as they felt that Dennis Chiang was a traitor for defending Nakamura in court.

Pierre’s character in This Land is Mine was challenged with a huge dilemma. Although he is a Singaporean, he had to defend a Japanese war criminal in court because it was his job. It was between his job or the people. The subsequent events that unfold escalated as Dennis Chiang was severely beaten up in front of the D’ Almeida & D’ Almeida law firm by Singaporeans as well as being threatened by members of the Malayan Peoples’ Anti-Japanese Army (MPAJA).

4. Activities of the MPAJA 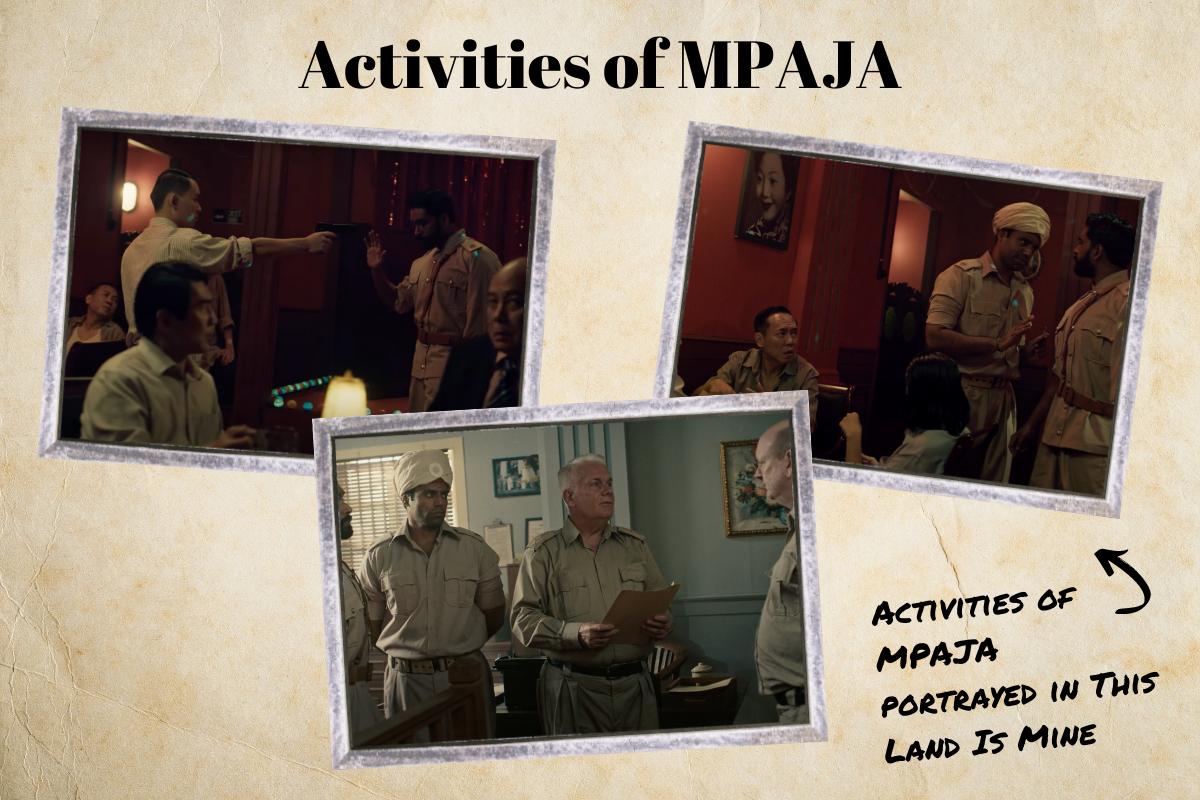 The Malayan People’s Anti-Japanese Army (MPAJA) was a group of resistance fighters organised by the Malayan Communist Party (MCP) to retaliate against Japanese-occupied Malaya. In post-war Singapore, the main objective of the MPAJA was to gain political power from the British. Their political aim was to seek independence from British rule and establish the Malayan People’s Government. In This Land is Mine, it was shown that members of the MPAJA as well as certain members of the British army such as Habibullah Khan, portrayed by Shabir, were motivated to gain independence of Malaya. In the series, the main base of operations for the MPAJA was at a local bar, known as Joyworld Nightclub, where many of the key plot events unfolded.

Instead of simply reading about Singapore’s history, Mediacorp’s This Land is Mine offers the unique opportunity to travel back in time to the post-war era of Singapore and experience events that have helped bring the country to where it is today. With a charismatic and lovable cast, exquisite set designs that transport you back to the 50s, and an exciting storyline that keeps you at the edge of your seat, catch Mediacorp’s This Land is Mine every Monday on Channel 5 at 9:45 P.M, or on the ‘MeWatch’ mobile and desktop application.