Taking Her Passion for Music to Greater Heights 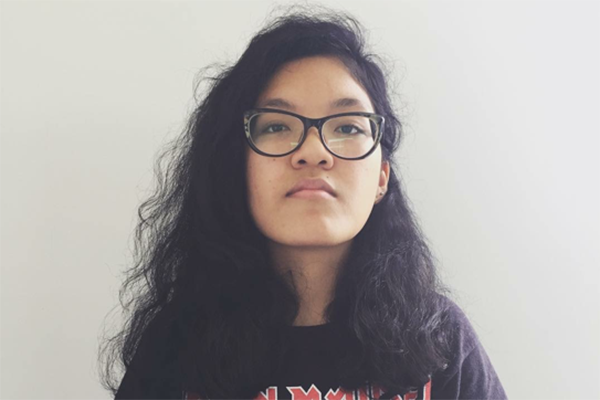 “My dream is to do something I like and music is the love of my life. Of course, the thought of getting to play music for a living really motivates me to continue doing music.”

Growing up, musical instruments were foreign to her. Surrounded with family members who grew up with musical backgrounds – her father, a band member of a band in the 70s, her mother, a singer, and her two brothers each playing musical instruments, it is no surprise that Puteri Nur’ainn’s interest for music sparked as early as when she was eight years old, “I took over my parents’ career, as a next generation”.

Now, the 19-year-old plays the drum in two bands, both Jaddah and Obstacle Upsurge. While it is uncommon for females to be a drummer in a band, Puteri bravely defies the odds. It is even rare for a female to be in heavy metal bands.

Jaddah, a band with a combination of two nations, is a band formed across the border. Puteri formed the band with her Malaysian boyfriend and his friends. “My boyfriend is the brain of the band so decided for our band to move towards a genre that Malaysians are not familiar with.”

On the other hand, Obstacle Upsurge is Singapore’s first all-girls hard-core metal band that is “older than [Puteri]” as it was formed in the nineties. Through her serendipitous connections, and her passion for the drums, she decided to be a part of the band although her bandmates are “twice [her]  age!”

When asked why Puteri chose to be a drummer in both bands, she said, “it’s hard to find a female drummer in Singapore and since my two elder brothers play instruments too so I thought I would go jamming with them as the drummer, and my drumming skills improved from there!”

Despite her schedule being jam-packed with jamming sessions for both Jaddah and Obstacle Upsurge, this is “not an issue” when it comes to balancing her schoolwork and her jamming sessions.

In fact, amid the influx of assignments and group projects, jamming sessions with both of her bands has helped her the most in relieving the stress she gets from school. Treating music as a way to escape the pressure of school, it is no wonder Puteri has juggled school well.

Moreover, having a music background has landed her many opportunities in one way or another. With incorporating the design aspects learnt in her course, Design Communication, it enabled her to produce designs for her friend’s band.

Even in secondary school, Puteri was heavily involved in the concert band co-curriculum activity (CCA) in her school, with playing the saxophone, “I wanted to be in a CCA related to music, anything that is related to music.” She has never left the touch of music throughout her years of growing up. Any instrument could interest her and she would play them extremely well.

Indeed, the love she has for music is ever growing and everlasting, taking music anywhere and everywhere she goes!

“I want to show the world that girls can also play musical instruments, especially in a metal band!”