In a recent survey regarding tray return at hawker centres conducted by the National Environmental Agency (NEA), up to 76% of the respondents claim to return their dirty trays and crockery.

However, this number is extremely far off from the actual statistics, which state that the tray return rates at hawker centres are only at 35%.

Efforts to get diners to clear their trays date as far back as 2008, and till this day, the authorities have tried countless methods to encourage a higher tray return rate at hawker centres. However, the results have always shown little to no improvement, and hawker centres continue to have a low cleanliness satisfaction rate of 71.4% according to the Public Cleanliness Satisfaction Survey. 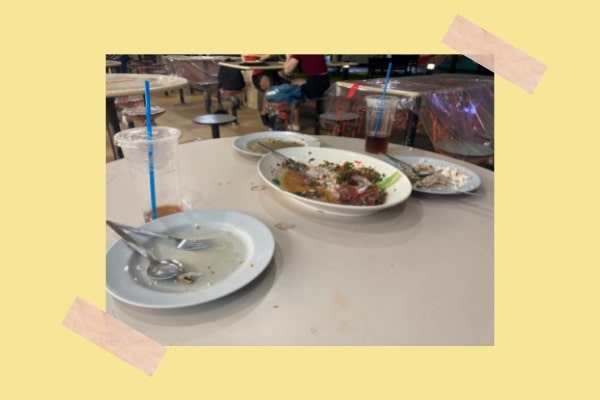 As a result of this worrying issue, NEA has set their foot down with the recent introduction of a new ruling which makes it mandatory for diners to clear their trays at hawker centres. After the current advisory period ends on August 31, 2021, enforcement will begin from September 1, 2021 onwards, when patrons who refuse to return their trays and crockery may face fines after repeated offences. The news of the new enforcement on 14 May saw mixed reactions from the general public. Some believe the enforcement is absolutely necessary, while some find it to be too harsh.

An Instagram story poll conducted by Shout.sg regarding the issue of tray returns saw many responses, with Singaporeans giving their reasons for not returning their trays. The responses varied, and they ranged from reasons such as laziness, to the inconvenient placement of tray return stations. With this, one thing that remains clear is that there is a lack of initiative among Singaporeans when it comes to clearing our trays at hawker centres, and it is important we address this issue now for several reasons.

Why should we clean up after ourselves?

For one, many hawker centres have been facing the problem of having fewer cleaners that help to clean the tables and return trays to the allocated areas. The most common reason being Singapore’s ageing population. With most of the staff helping to clean the tables being elderly, the speed at which they can work is very slow. Thus, many times, there are countless tables that have used trays and dirty tables, an awful sight.

Hawker culture is also a big part of Singapore’s identity and rich cultural heritage. Since hawker culture was added to the UNESCO Representative List of the Intangible Cultural Heritage of Humanity back on December 16, 2020, Singaporeans must do better to show their pride in this milestone. If the trend of not returning trays and leaving dirty crockery on tables continues, it would be a poor reflection of Singapore’s prized hawker culture for the future generations to come. 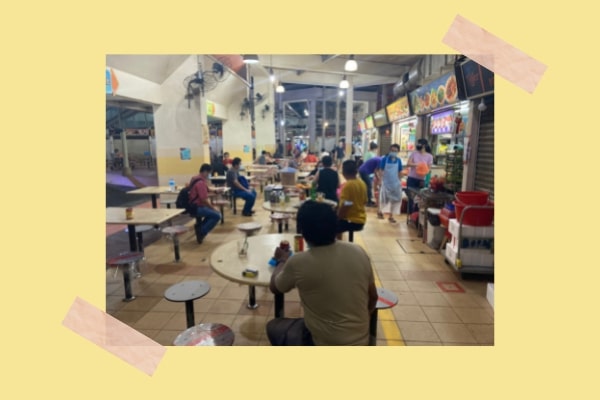 Lastly, leaving dirty trays and crockery on hawker centre tables serves as a health hazard. According to the Public Hygiene Council, uncleared trays and plates at hawker centres have the tendency to attract unwanted pests like cockroaches and birds. When that happens, the pests will likely leave droppings around the hawker centre, creating a breeding ground for diseases. Leftover food, dirty tissues and utensils left on trays may also lead to the spread of germs. Thus, to ensure the safety and health of cleaners and other patrons, it is important that Singaporeans clear their trays.

Despite there being some improvements in the cleanliness of hawkers centres in recent years, it still remains as one of the dirtiest public places in Singapore. It is now time that we as citizens pull up our socks and play our part in keeping hawker centres clean. Here are some steps you can take - 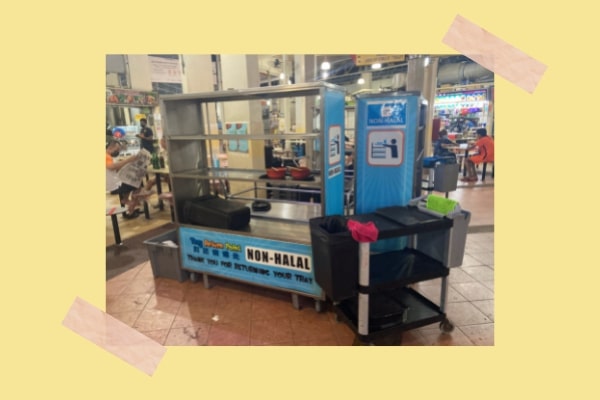 By taking little steps, greater results can be achieved and definitely a better dining experience!